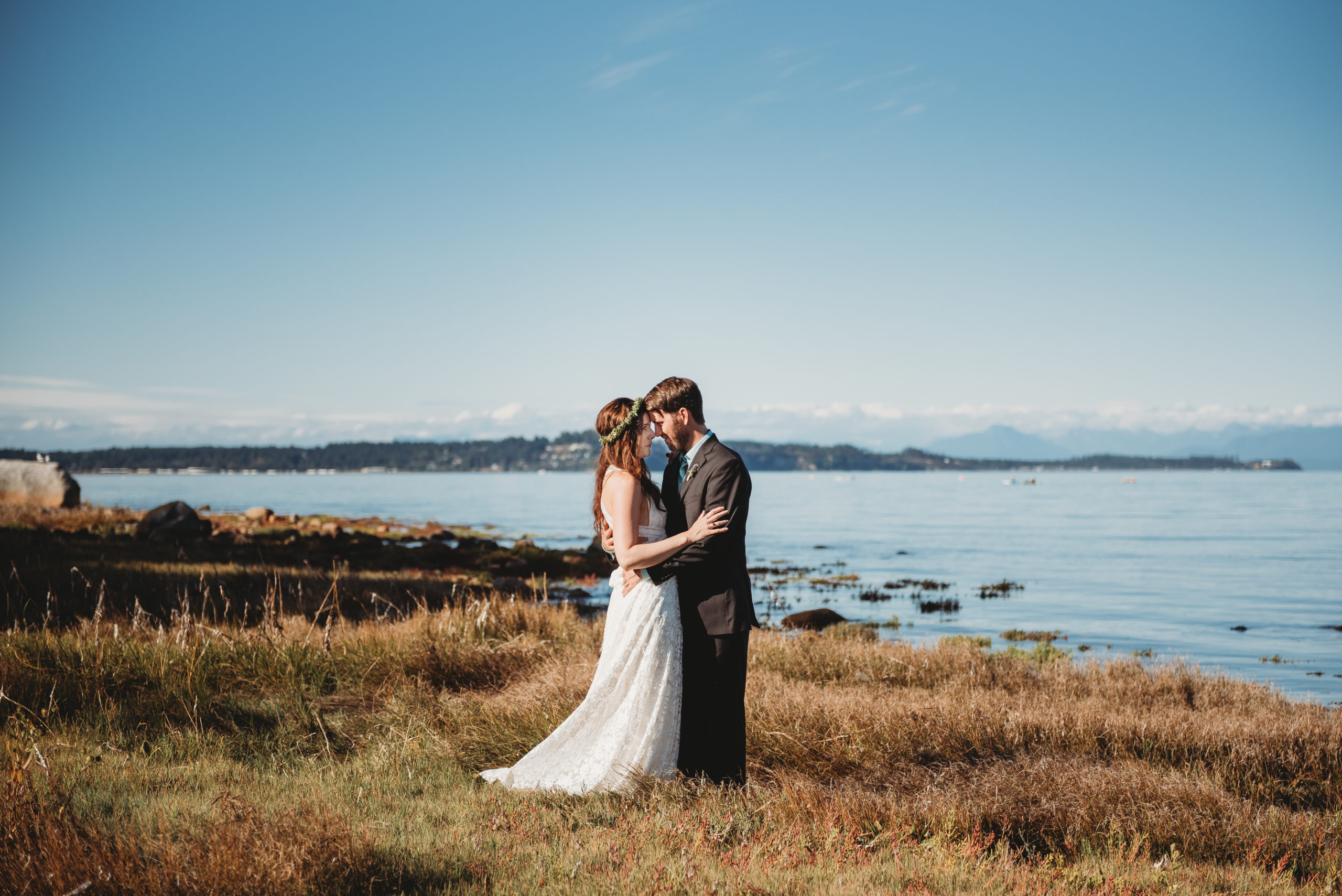 Call me a realist (or a cynic), but I don’t think love at first sight exists. Lust at first sight, absolutely. But love? That’s a bit more complex. Love requires more than just the stars aligning in a particular way at a particular moment.

Dan and I didn’t have that love at first sight moment that’s depicted in the movies. Our “moment” was along the lines of “you intrigue me and I might be interested.” So not love, but something.

I met my husband through a combination of online dating and saying yes to invitations from friends. Yes, it’s possible for both of these things to be true; let me explain.

Why Online Dating Was Worth It

Once I realized the incredible number of losers I previously dated, I knew something had to change. I signed up for online dating—guided by the wise words from my five-times-divorced grandpa, “Online dating is great, but make sure you pay for the service because you’ll only find weirdos on free sites.”

The setup took forever and I begrudgingly paid the membership fee, however, I trusted grandpa’s sage advice—he’s a character, but I swear he knows things. In about an hour I’d filled in my profile with great detail, hoping that the online dating gods would reward my effort with a beautifully cultivated list of prospective fellows.

Dare I say: the online dating gods came through.

Each of the gents that I interacted with was great in their own right. I went out with a grand total of four of them and cancelled my membership after a month because I didn’t need it anymore. The four prospects were:

Sounds like a pretty decent list of fellows, yes? The problem was that after going out on a few dates, I didn’t feel a spark with any of them.

Do You Want To Be Friends?

The tech recruiter is the most important one to note here. He’s the connection to my now-husband. I went out with the recruiter a few times, he was easy to hang out with, and I felt like I could be myself, which was awesome…but I didn’t see myself ever falling in love with this guy.

One morning, the recruiter picked me up, we grabbed a coffee and took a walk down by the ocean. I’d been going over in my head what I wanted to say but eloquence has never been my strong suit; I’m more the type to blurt something out rather than time things and choose my words appropriately.

While we walked by the water, I sipped my coffee and without any forethought, these words came out, “I don’t feel a romantic connection here, but I’d still like to be friends.”

…I’d still like to be friends? Honestly, self, could you say anything more cliché? I stole a sideways glance over to the recruiter to see how the words landed.

There was a moment of quiet (save for the ocean and other pedestrians nearby).

“Oh, thank god. I’ve been trying to find the right way to tell you the same thing.” He dropped the silent weight that he’d also been carrying.

This was fantastic news. I’ve never been so relieved to hear somebody say they weren’t attracted to me.

He continued, “You actually want to be friends?”

To be fair, I’d only known this guy for a couple of weeks and clearly neither of us had signed up for online dating in hopes to find friendship. There was a great connection between us, but not the kind where I wanted to one day take his last name.

“Yeah. It’s cool if you don’t want to, but I think you’re a nice person.” Again, with another charming cliché sentence—if you needed to be convinced of my smooth and elegant nature, there you have it.

Surprisingly, the recruiter agreed that friendship would suit us rather well, and we actually formed a solid friendship. He became one of my hiking buddies, we’d meet for the occasional patio beer, I went to a few of his work parties, and we’d chat about the new people we were dating. Solid, dependable friend, that one.

The Person Who Helped Me Find Mr. Right

A few months later, the recruiter invited me to a barbeque with some of his coworkers. I’d met several of them previously and they were all a good time. Going with my new rule of saying yes to all opportunities and invitations, I went.

By the time we arrived at the barbeque, there was already a group of folks seated around the patio table. Some familiar faces, some new to me.

I sat across from a blond guy in a grey t-shirt, who was clearly having a good time. He had this uninhibited laugh that would carry through the backyard. I couldn’t tell if he had a head start on drinking or if he was just having a blast.

When I sat down, this guy looked at me and asked, “Are you Nathan’s sister?”

Strange introduction. I stared back at him and declared, “I happen to not be Nathan’s sister.”

“Clearly, she was memorable.”

He beamed, threw his head back, and laughed uproariously. Sometimes when I meet new people, they don’t pick up on my sense of humour, but this blond guy got it.

You know that feeling when you’re sure somebody is into you? Where they hang on your every word, stare at you a little longer than necessary, offer unsolicited compliments, and follow you to the cooler when it’s time for a refill? I was picking up on his signals as much as I was sending signals back at him. That spark I’d searched for with online dating was right here in somebody’s backyard. Go figure.

Always Ask For A Phone Number

Hours later, when we were all good and done, Dan lingered when I was getting ready to depart.

By now sunglasses weren’t necessary and I could see his light blue eyes. Handsome guy.

“Well,” he paused and I waited for him to say that he wanted to see me again, “nice to meet you. Have a good night.” He was so curt I expected him to reach out and give me a firm handshake like the afternoon had been a business transaction.

Dumbfounded, I watched him turn and walk away. Not to sound full of myself, but I truly expected to be asked out. What a blow to my ego. Way to lead me on, Dan.

By the time I got home, I was still playing that fun game in my head. You know the one, where you dissect the interaction you had with someone and try to figure out how you got the wrong idea entirely. I was so certain that he was into me. How could I be so wrong?

At some point that night I checked Facebook and a friend request and message were waiting for me:

Hey, it’s Dan from the BBQ. I wanted to ask you for your phone number but there were a lot of people around.

Thank you for confirming my feelings, Dan. I’m not crazy. I knew there was something there. And yes, you can have my number and I would very much like to see you again.

I responded to his message and he called me within the hour. Yes, called. He didn’t text, which is wonderfully peculiar in this day and age. The rest, they say, is history.

My Grandpa wasn’t off-base with his advice. Sure, I didn’t meet Dan through online dating, but I did meet him because of it.

The universe knows what it’s doing. I started online dating because I was ready to find my person. In doing so I found my pal, the recruiter (who came to our wedding, and we went to his), as well as my best friend and husband, Dan. 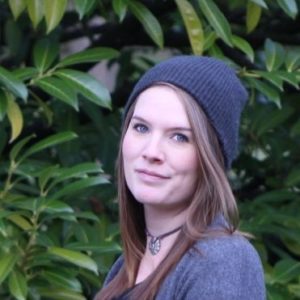